On the Monday and Wednesday of In:Site Festival we were joined by the Soul Boats project, by artist Jake Lever, as part of ‘Something Good’ an arts event celebrating 300 years of Birmingham Cathedral.

Jake Lever has been inviting communities to put their individual mark on a large-scale art project for Birmingham Cathedral’s 300th anniversary.

During the sessions participants will be able to create their very own soul boats. Each boat will represent its creator’s life, journey and faith. Once all of the soul boats have been created, they will hang in the Cathedral from December 2015 to March 2016.

People of all ages, races, backgrounds and religious beliefs are invited to take part.

In the run up to the Something Good celebrations, Jake has visited a number of faith and community groups around the city. This film was shot on one of the first workshops that took place in the Cathedral grounds. 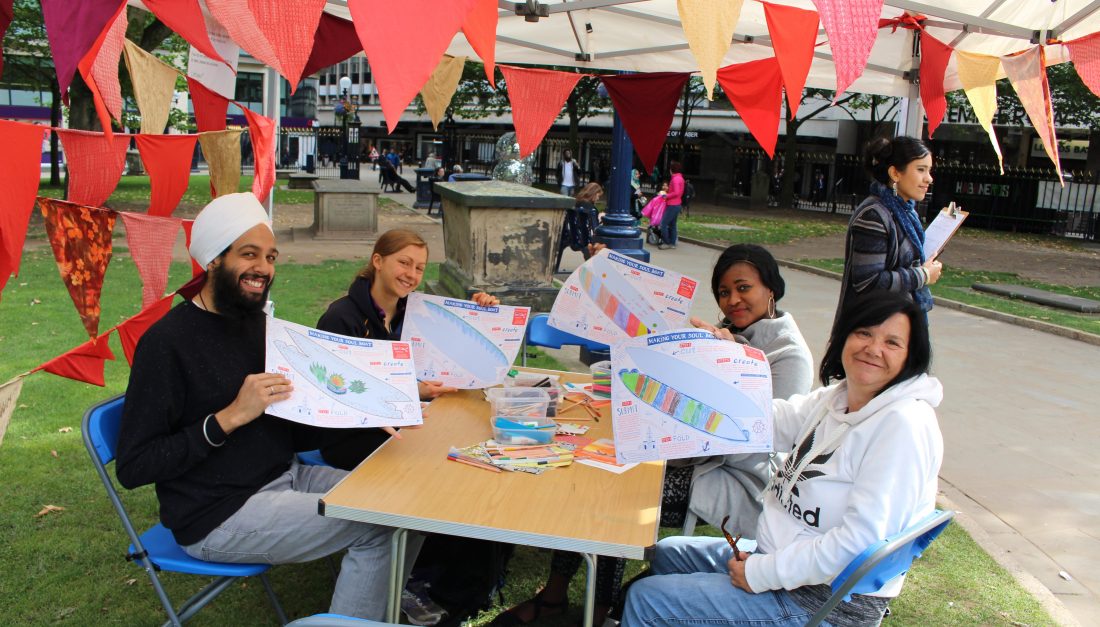 Jake Lever will be at the Something Good celebrations on October 2nd – 3rd encouraging visitors to create their own unique soul boat.